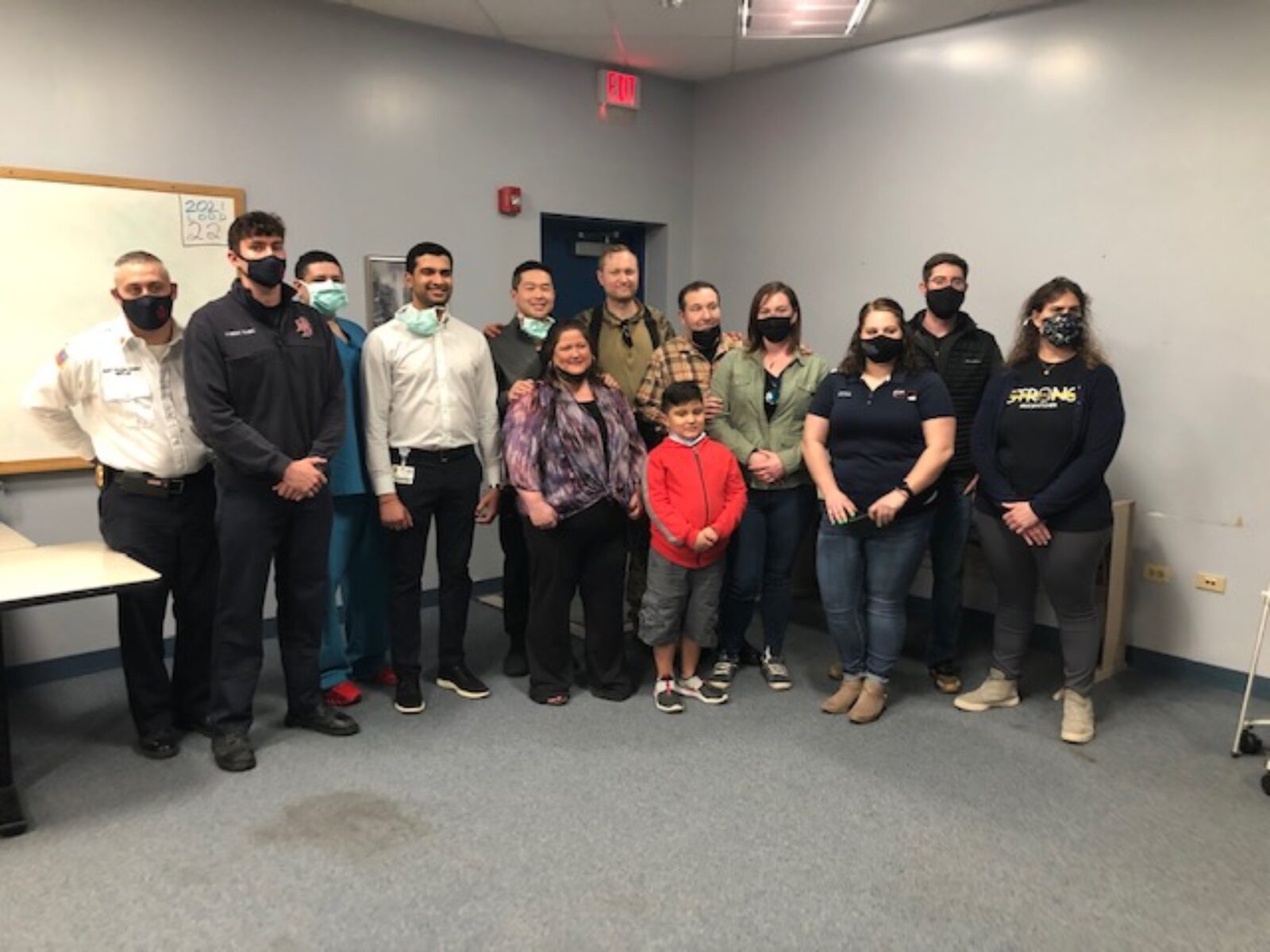 Earlier this year, the Bourbonnais Fire Department responded to a call in which a wife was performing CPR on her husband. She had recently taken a CPR class and with the help of the telecommunicators on the phone, they successfully kept him alive until EMS arrived.  EMS were able to revive him at the scene and brought him to Riverside Emergency Department. There, he was diagnosed with an acute heart attack. He was rushed to the Cath Lab and treatment was provided by the Cardiologists and staff.  After several days in the ICU and Telemetry Unit, he went home.  A few weeks later, Mike and his family were able to meet many of the heroes that saved his life and cared for him and got the chance to say “Thank You”!

Riverside is accredited by the American College of Cardiology as a designated Chest Pain Center with PCI. It has been awarded a Platinum Status for the 3rd consecutive year for having exceptional outcomes in caring for patients who are having a heart attack.