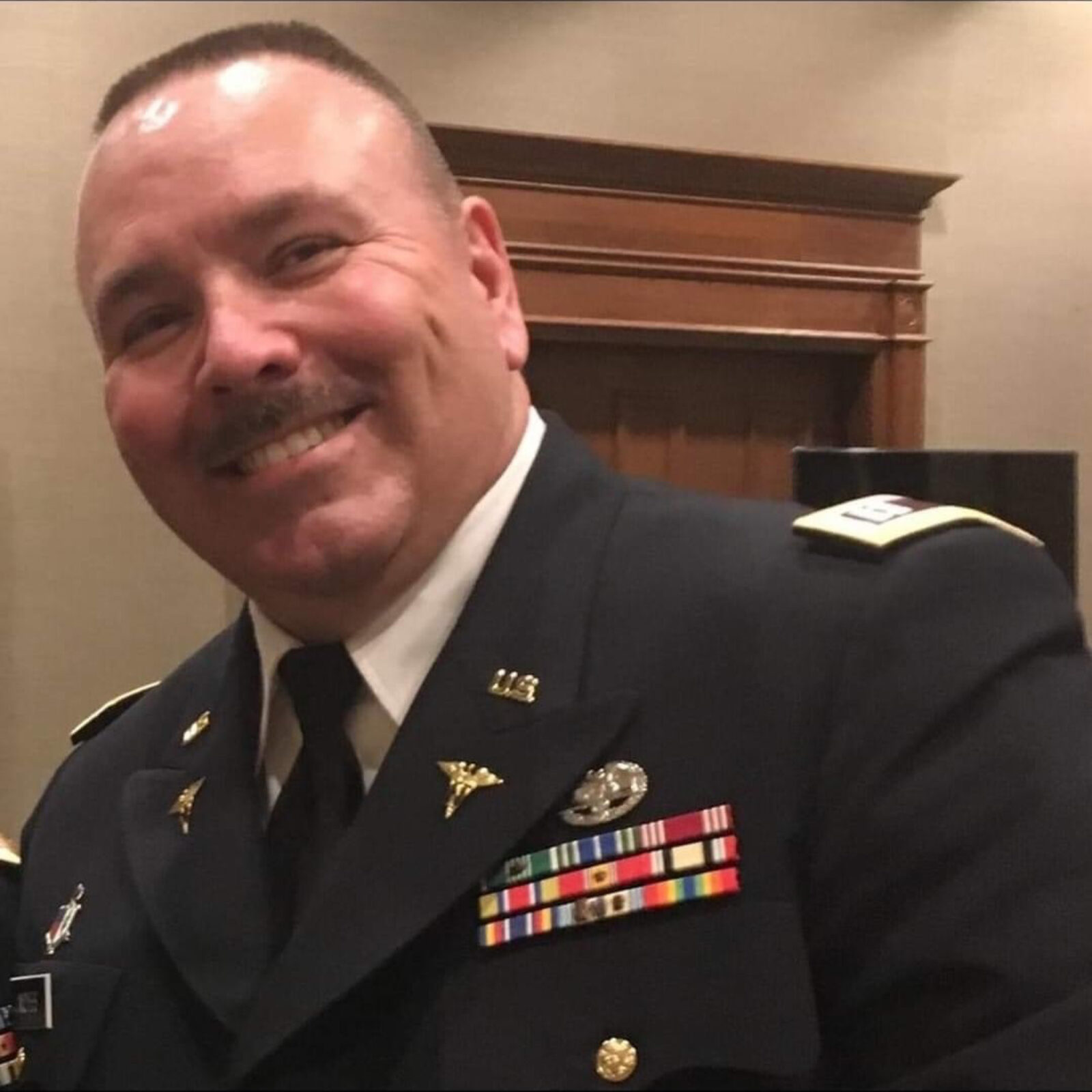 Riverside Emergency Department nurse practitioner Matthew D. Moyes passed away Monday, September 20, 2021, at Riverside Medical Center. Matt was a paramedic for many years before joining Riverside as a nurse in the emergency department. He then became a nurse practitioner and joined EPMG/Envision. Matt was also a U.S. Army Veteran, serving in Iraqi Freedom.

Matt was well known for sharing his knowledge, stepping in and supporting his team, and speaking up and sharing his ideas.

“My last conversation with Matt, I brought him a patient compliment I had received on a patient satisfaction survey. In response, he thanked me and then paid it forward by telling me how great Kaitlyn Beswick (one of our ED Nurses) was doing. He listed in great detail an example of a time she took great care of a patient and told me what a wonderful team we have here,” said Cris Langellier, Director of Emergency Services at Riverside.