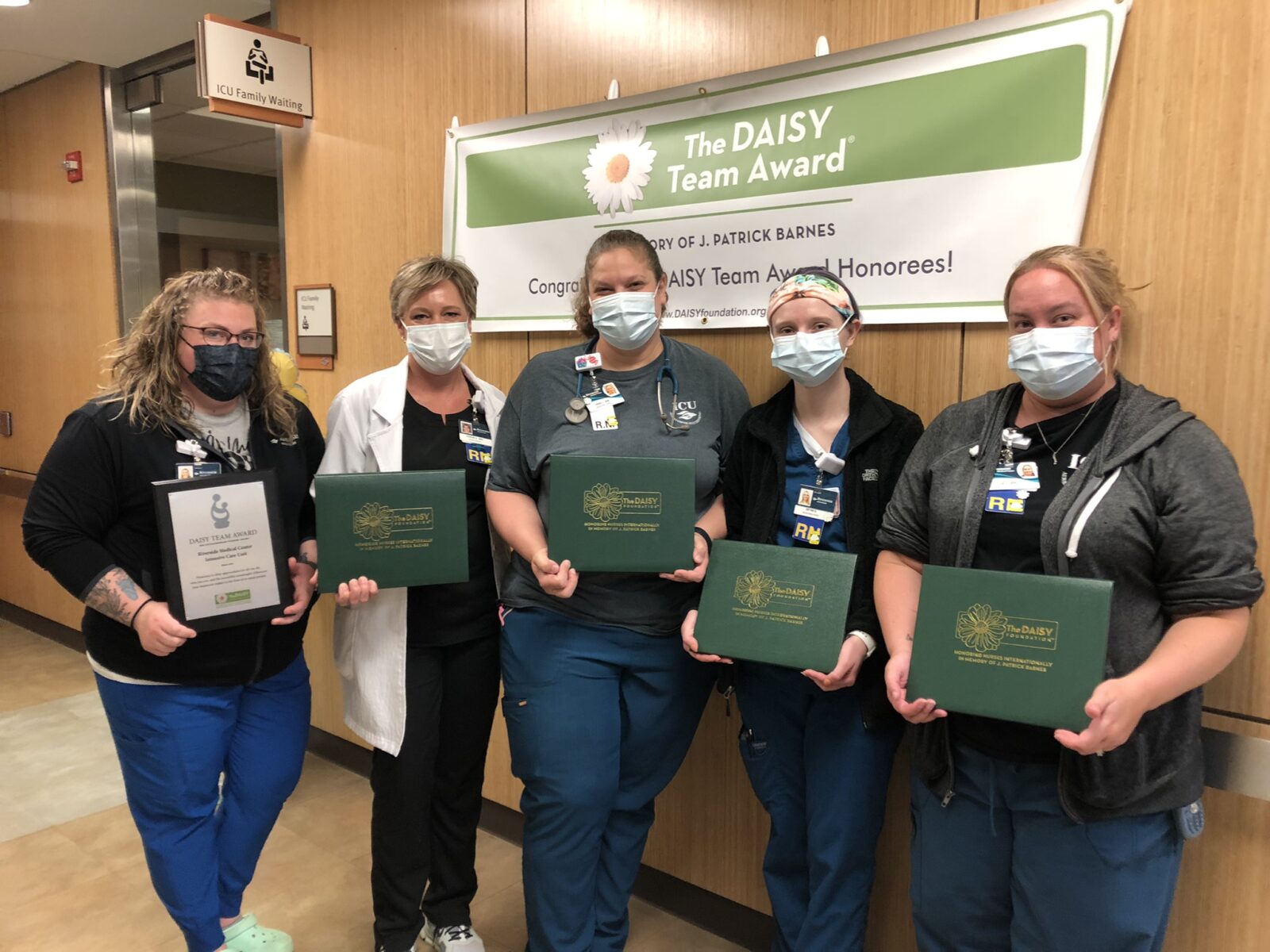 Mrs. Angela Garrelts came to us on February 27 after being at Cancer Treatment of America. She had gone there on 2/21 for an abscess that had developed 3 weeks prior. Cancer Treatment of America told Angie that she was septic and needed to be on vasopressors and temporary hemodialysis for her acute renal failure. Her renal cancer had metastasized to the bone. Angie and her family began reaching out to local hospitals to find one who could treat the sepsis and renal failure. This way she would be closer to home. Angie’s husband reached out to Phil Kambic who recommended that they come to Riverside. As the staff cared for Angela, they learned quite a bit about her personal life too. They learned that Angie’s daughter, Mindy, was going to be getting married in April. The staff were determined to get Angie well enough to make it to the wedding. Throughout the days Angie was in the ICU the staff knew it was unrealistic that Angie would make it to the wedding. Dr. Veerapanini validated this after she was consulted.

Jessica Norman and Allison Sloan approached Korene Scharp about hosting a wedding on the unit. This was a great idea and that is when the planning started. On March 2nd Jessica asked Angie, her husband Chad, and their daughter Mindy if they would like to have Mindy’s wedding in the ICU. After discussing it amongst themselves, they decided to go through with the wedding while Angie was in the ICU. Jessica and the rest of the ICU staff went straight to work, gathering wedding supplies and went shopping for all the things they needed. We had two days to plan a wedding. Mindy had decided to get married on March 4, 2022, at 11am. The staff was able to decorate room 10 and make it as beautiful as they could. They set up a beautician to do Angie’s hair for the wedding. Mindy brought in the mother of the bride dress along with her wedding dress. Marketing was gracious enough to not only take photos but also do a video that Mindy and her family will cherish for years to come. We had a wedding cake made by a family member of another patient who had been in the ICU.

It was a unit effort to get this wedding lined up within two days. After decorating ICU room 10 the day of the wedding, the staff focused on getting Angie ready for the wedding. We put her in her dress and set her up in a cardiac chair. This was the first time she had sat up in a chair in two weeks! We took her into the wedding room, as we all waited for Mindy to arrive with her father Chad. The music started and the bride walked in, as beautiful as ever. There was not a dry eye in the house. Mindy and Dustin chose to write their own vows to each other, which were beautiful. Mindy’s uncle officiated the wedding making it even more special. After the ceremony Mindy and Angie, her mother, were able to have a mother/daughter dance to a special song just for them. All the other wedding traditions were had, cake cutting, 3 of 25 Integrity – Excellence – Partnership – Stewardship dinner and time to socialize with all the staff that cared for Angie and her family. It was such a wonderful day in the ICU. This story shows just how magical nursing truly can be.